Riddles, mazes, puzzles. Humans have always been fascinated by all kinds of mysteries and pursued finding answers to all sorts of questions. Here how garden mazes or labyrinths have been created. Throughout history, the traditional hedge mazes got new variations, landscape designers bringing to the public awe-inspiring grass mazes, corn mazes, straw mazes and other labyrinths constructed from diverse types of vegetation.

You may be expecting to see down our list the famous maze from The Shining, the one displayed in front of the Overlook Hotel. But we have to share with you that the Stanley Hotel maze (the hotel that inspired the whole movie) had never existed until 2015 when the administration built one to meet tourists’ expectations.

Airflyby Team has gathered a list of 9 spectacular garden mazes found around the world that may diversify your trip to a certain country. Not only are these extremely entertaining to walk through but also provide a picturesque scape and perhaps have a story behind. The mazes are presented in no particular order as each of them got their personal beauty and features.

The Andrássy Castle, built for and named after Count Gyula Andrássy in the 19th century, got an amazing boxwood maze on its grounds that resembles a squid. The maze was also decorated with yew trees to complete the intricate design.

The plush looking Ashcombe maze located in Victoria, Australia, is part of the popular Ashcombe Maze & Lavender Gardens. Built out of 1,000 Monterey cypress trees, the maze has a unique and stunning look, complete with an intricate layout that includes no straight lines. Besides the hedge maze, there’s a lavender labyrinth which was constructed by using 4,000 lavender plants. Sounds very relaxing, isn’t it?

Here’s the world's largest maze made out of corn plants - the Richardson Adventure Farm’s corn maze. Four separate mazes were created on a 28-acre cornfield. Each year, the Richardson Adventure Farm’s administration is out to impress the public with a new design. A factor which, unsurprisingly, attracts tourists all over the US and even the world. Besides the “a-maize-ing” maze, visitors can enjoy rides, treats, and of course gift shopping.

Next on our list is the UK’s oldest hedge maze that is located on Hampton Court Palace’s ground. The palace itself was commissioned by William III around the beginning of the 18th century. Though the original hornbeam was replaced by holly and yew trees, it didn’t make the maze easier to complete.

The hedge labyrinth of Villa Pisani has it all - the photogenicity, the entertaining factor and history behind. In fact, it is known to be the most difficult maze in the world. So difficult that it is rumored that Napoleon tried to complete it, but he got confused by the winding paths and the myriad of dead ends and gave up. Villa Pisani is also known to be the place where Hitler and Mussolini first met. As you can see, the maze at Villa Pisani got quite a story to tell from the day it was established (around 1720).

The longest maze in the world, which measures almost 1.7 miles, can be found in Longleat. It was created by famous landscape designers back in 1978. The labyrinth, which by the way, was built using 16,000 English yews, is part of 8,000 acres that belonged to various Marquesses of Bath since 1700. Nowadays, the area includes a Safari Park and three smaller but equally gorgeous mazes.

Not far away from the UK is situated the world's largest maze, and it is located in Italy. The Labirinto della Masone is a star-shaped maze that, quite interestingly, is a result of a dare. The maze was established in 2015 after the Italian publisher Franco Maria Ricci declared that he’s set to build the largest maze in the world, and author Jorge Luis Borges said he won't be able to accomplish that.

Nonetheless, the awesome-looking maze is built out of 200,000 fast-growing bamboo plants and stretches for approx. 20 acres. Fun fact: the estate, which includes the maze, is known to be the birthplace of Parmesan cheese.

If we were allowed to rank the largest mazes in the world, Pineapple Garden Maze would take second place, after Masone Labyrinth (it was, in fact, the largest before the last was established). Since the maze is located in Hawaii, it includes around 14,000 varieties of Hawaiian vegetation. The design includes a pineapple at the center, which serves as a reward for those who walk the paths the fastest.

Yet another gigantic permanent maze in the world is The Peace Maze, which occupies 2.7 acres. The maze’s construction provides a spectacular opportunity to complete it while getting social interaction since the hedge is lower than the typical ones. The maze is also paired with a backstory, which starts in 2000, when it was planted to cherish the signing of the Good Friday agreement.

Singapore was among the first countries to respond to the spread of the COVID-19 virus by closing its borders back in March. Now that travel seems to be restored, US travelers are questioning themself if it is possible to visit Singapore. Learn how Singapore travel is made now, with Airflyby. 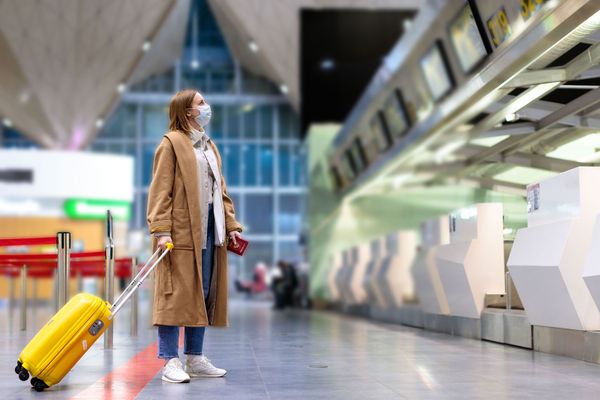 You might be searching for ways to travel safely during these uneasy times when the global Covid-19 pandemic seems to be getting worse if you stumbled across this blog post. You are at the right place as Airflyby is here to provide reliable advice on this matter. Read on to find out!

Airflyby.com Travel Blog
—
9 Spectacular Hedge Mazes From Around the World
Share this